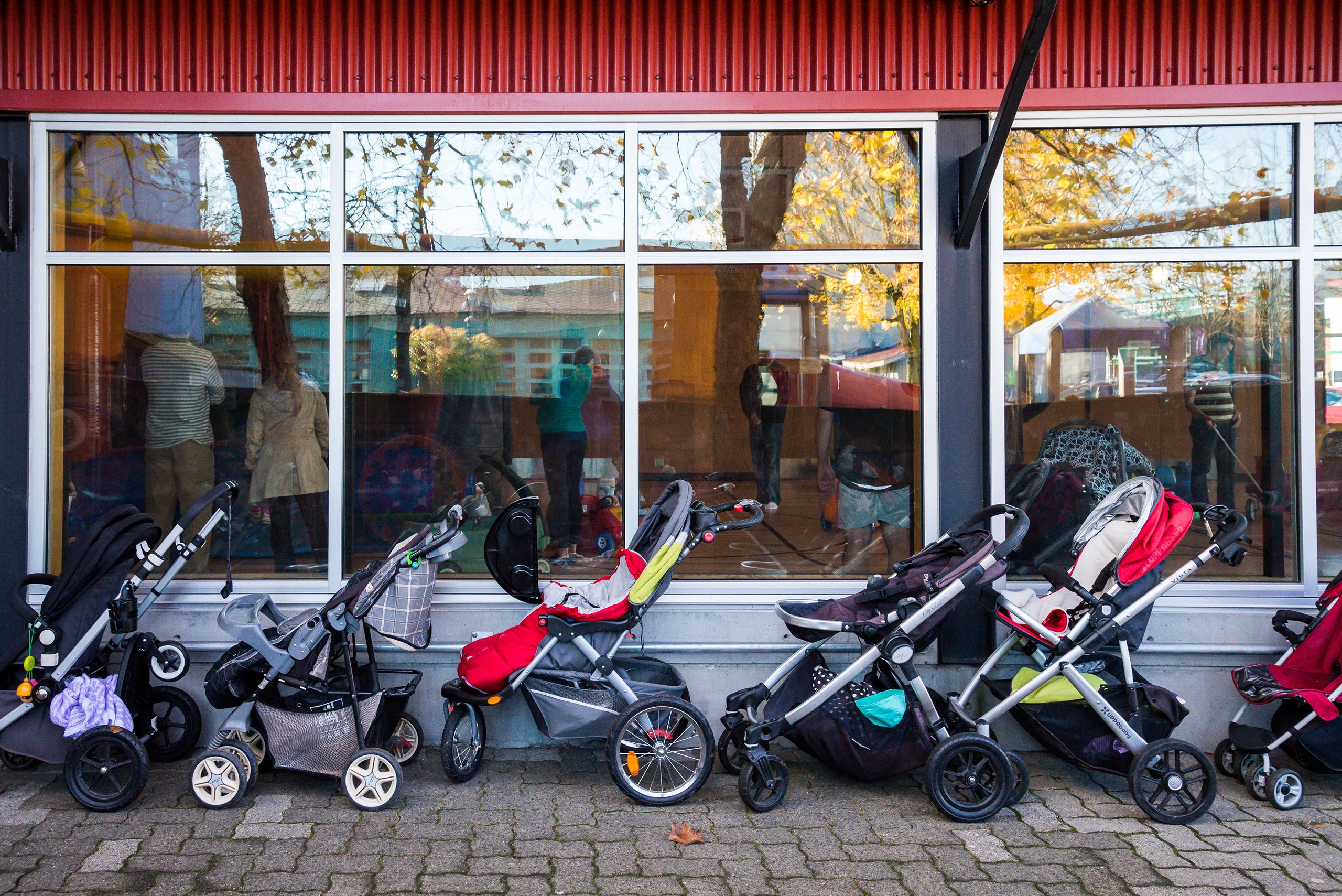 As the birth associated with our first child approached, my wife asked me to pick a stroller. It took a while: there were so many in order to choose from, and the decision felt loaded. I wanted our son to be safe. I wanted him in order to be comfortable. I’d been increasingly preoccupied by the particular horrors of American car culture, and I wanted to keep walking as much as possible. We lived on the second floor associated with a walkup, so I wanted something light plus easily collapsible—but not fundamentally flimsy. We didn’t want to get duped into spending too much, and I didn’t want to be a stubborn cheapskate. I needed to identify, from the hundreds of baby strollers the market was offering us, the right one, proving that, as we became a family, I actually knew how to determine and satisfy our needs. Consumer Reports, Wirecutter, Babylist: I kept opening new browser tabs, hoping they would add up to 1 incontrovertible answer.

Over time, I’ve mostly forgotten the particular details of this search; without looking, I couldn’t tell you the exact model that will I picked, even though I use it almost every day. Reading Amanda Parrish Morgan’s “ Stroller , ” the slim work of memoiristic cultural criticism, sent me back to exactly how stroller shopping felt : my embarrassed sense that I was pinning too much on a damn stroller, and also my inability to stop. With regard to Morgan, strollers aren’t just tools we use, or products all of us buy; they’re dense symbols, with no single or even settled meaning, of our relationships to parenting . They tell us things: about what we all want, what we can’t have, what we fear. Some have cup holders, and some of those cup holders work, while some guarantee spillage. You can spend twenty dollars, or three thousand dollars, or even anything in between.

In a 1923 address to the British Royal Society of the Arts, one Samuel Sewell chided his fellow-researchers for having failed to research the history associated with a device as common and useful as the particular ubiquitous perambulator, or pram. People around the world had been coming up with ways to wheel kids close to for a long time; as early because the fourteenth century, Sewell claimed, the Japanese artist had painted “a Chinese child’s chair on four wheels, drawn by rope. ” But no one had devoted real effort in order to excavating or documenting the practice of strollering, plus the small literature on the subject was —and remains today—mostly focussed on the particular U. K. and U. S. In 1733, the Duke and Duchess associated with Devonshire experienced what is sometimes identified as the particular first British pram built for their children; it was designed to be pulled around by a goat. But it was in the twentieth century that prams, buggies, plus strollers exploded in popularity, on both sides of the pond, thanks to technological improvements that made them lighter and more affordable, and to the particular increasing desire of moms to spend time outside the home. In 1965, the Uk aeronautic engineer Owen Maclaren designed the first “umbrella”-style folding baby stroller; by 1976, the company was reportedly manufacturing about six hundred 1000 a year.

“Stroller” engages along with this history only briefly: a glimpse here, a glimpse there. Its real territory is the twenty-first hundred years, with its hyperproliferation associated with strollers at every level of cost and luxury. The central strength of the particular book is not comprehensiveness but the way the particular stroller, plus Morgan’s experience of her own strollering years, become an omnidirectional magnet, pulling disparate material in to friendly proximity. There are passages around the consumer commodification of caregiving tools; within the American idealization associated with the child- and stroller-friendliness of certain European countries; on debates over baby strollers versus baby carriers that will attach to the parent’s body; on raising a child and writing; for the stroller in the Mary Cassatt painting “Children within a Garden (The Nurse)”; on Sigourney Weaver chasing a runaway pram through traffic in “Ghostbusters II. ” Morgan is the serious runner, and we read about her running-with-stroller routines, plus how they interact with her breast-pumping routines. We learn about the girl self-conscious accumulation, accelerated by the birth of her second child, of a small child stroller fleet: a jogger, the travel stroller, a double-jogger, and so on, each with the own purpose, and each quickly covered by a layer of filth she tries mightily not to care about, especially on a good outing through her suburban Connecticut house to Tribeca, a neighborhood the New York Times dubbed “the land of the $800 stroller. ”

In Morgan’s judgment, contemporary strollers—especially the particular fancier ones, with their higher price tags, design-conscious aesthetics, and elaborate add-on options—sit right within the unfortunate intersection associated with natural parent anxiety, consumerism run absence, as well as the outsized weight all of us place on the choices of individual parents. We don’t have robust paid leave or even affordable child care. In most from the country, streets plus transit systems treat children as an afterthought. As a new parent, there’s very little you can do about any of this: you can’t duck out during nap time and fix the particular national relationship to reproduction. You can, although, fret over getting the best stroller a person can afford, the a single that optimizes your interactions with the hostile-feeling globe. A 2018 meditation within the Guardian identified a cluster associated with plausible factors behind the “ rise of the bougie buggy ”: the increasing age (and therefore growing degree of disposable income) of new mother and father; the mainstreaming of an interest in design and in the particular idea associated with the look of basic household objects since an expression of identity; an uptick in men taking on child-care responsibilities and not wanting to be seen pushing traditionally “feminine” strollers; the growing ranks of working mothers, on the hunt for products to help them juggle work and parenting; and, of course, canny marketing. When Bugaboo, a Dutch company that was a prominent player in the high-end stroller boom, expanded to America, an early coup was getting one of its strollers, the Frog, placed in an episode of “Sex and the City”; afterward, the Frog became something of the celebrity status symbol, with long waiting lists for eager American buyers.

Identifying strollers as a consumerist fetish object for anxious parents is undoubtedly correct, and also a bit easy, the culture-criticism equivalent of shooting a shotgun into a goldfish bowl. What makes “Stroller” interesting is Morgan’s honest acknowledgment that her primary feeling toward her strollers isn’t actually late-capitalist dissatisfaction but something like affection. Prior to parenting, Morgan was a dedicated long-distance runner; strollers enabled her to keep training. During the years of her life covered by the book, her husband worked full time, and she took on more of the daily child-care responsibility; strollers let her pack her kids on the train in Connecticut and spend the day adventuring in New York City. Of course, these outings were not without their obstacles: train stations without elevators, elevators soaked in urine, and so on. But still: “In the best of cases, ” Morgan writes, “these stroller days felt like I’d managed to make a nest for my kids, steady on a branch while still, through some magic, showing them the world. ” Her own stroller years are almost over, and the closing pages of “Stroller” evoke the experience of looking at newly obsolete pieces of parenting gear in the garage or basement, feeling time and memory leak out as they transmogrify back into mere plastic and rubber.

I can relate. Like Morgan, I see consumerism as a blight on our national psyche, as well as the state of social support for families and children like a pathetic failure. Like Morgan, I love strollering. Sure, in a better world, there would probably only be a dozen or so to pick from, and everyone could trust they were all equally safe and durable. Strollering would be easier, thanks to more and better sidewalks; more and better crosswalks; less threat of injury and death from cars cruising down the street. (These improvements, it bears noting, would also make the world more pleasant for wheelchair users, and for all pedestrians. ) In this better world, there might be less demand for built-up S. U. V. -ish strollers, because streets would feel more friendly to simpler models, which would in turn fit more easily on public transit.

And yet: I love our stroller. I love how, when I’m pushing it, my son and I are, in a way completely unique to these moments, simultaneously together and apart, free to oscillate lazily between taking in the same things—the same trees, exactly the same storefronts, the same people—and letting our separate, private thoughts wander. I really like that, unlike when we’re in the car, we’re in little danger of killing or hurting anyone, and I’m not enduring the cortisol spikes of narrowly averted collisions. I love sharing nods of recognition with the other Stroller Dads. I love the mildly befuddled looks we Stroller Dads get from men of a certain age, looks I take to mean: So men do that now? Huh. Sometimes, on our longer walks, we pass by an assisted-living center, and walk past people in their eighties and nineties being pushed in wheelchairs, and we feel, each in our own way, the mysteries of life rolling past us in the sidewalk.

The train station closest to our house has no elevator, and the steps are steep and uneven; without another adult to assist, it’s basically unusable with a stroller—umbrella, all-terrain, or otherwise—in tow. Ditto for the next stop up the line. And the one after that. Winter is coming, which will mean once again seeing enormous public resources spent keeping the roads clear for cars, and very little spent keeping the sidewalks clear for humble pedestrians. From behind a stroller, I sometimes can’t help thinking about how much further we could be going. In the meantime, we’re still on the move.   ♦